A fine individual who has one run to his name and posted a fine debut effort when third at Loughanmore. He had to challenge on the outside all the way along the back straight but still put himself into a challenging position leaving the back straight. He stayed on to finish a very creditable third which is a very encouraging debut and one which would appear to point to much future success. He looks a tough sort and is out of an Oscar mare which suggests he will have a long and successful career based on all evidence to date. 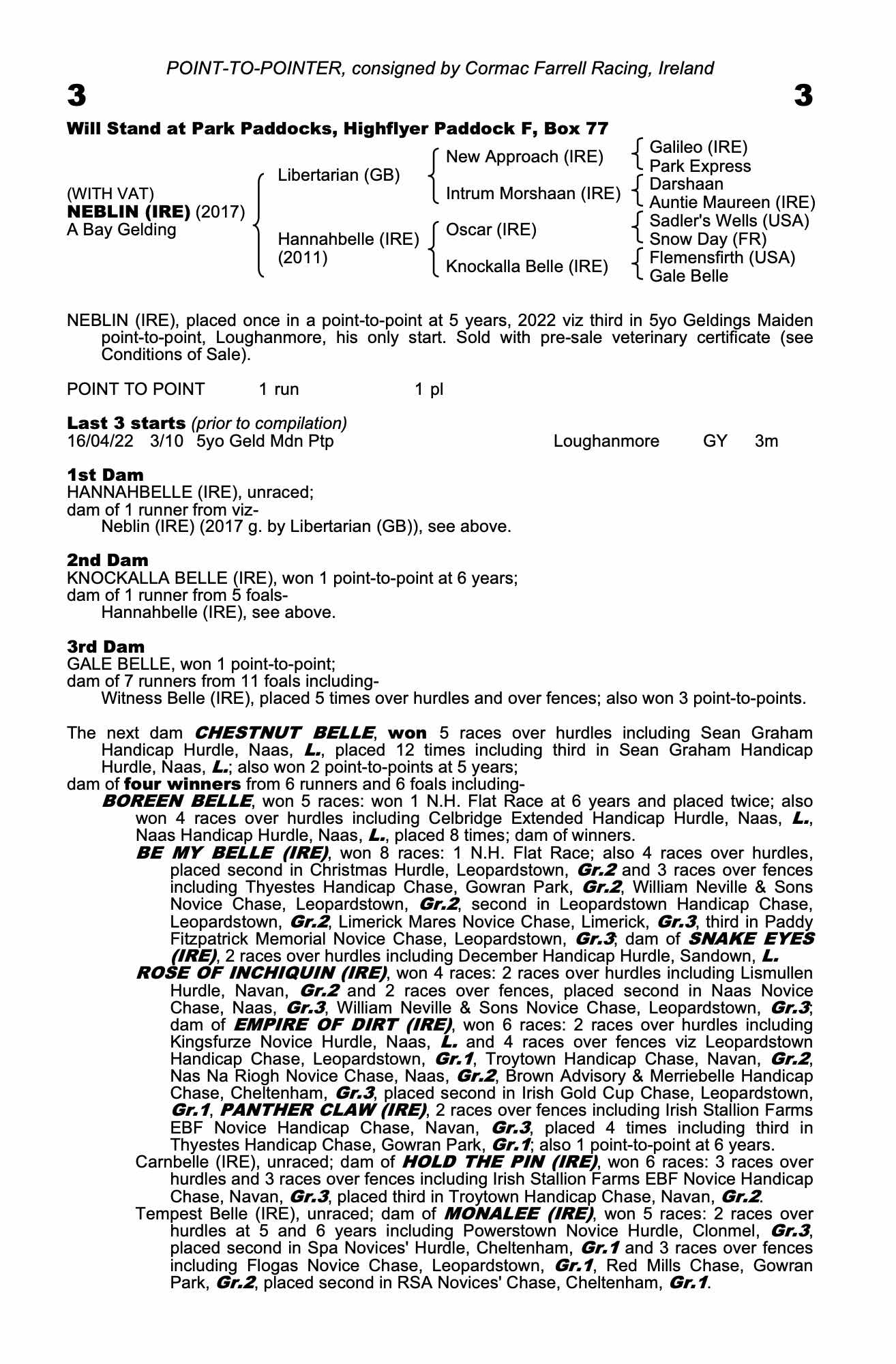