A twice placed son of Milan he looks one who will benefit greatly from the experience he has gained. There was only a few weeks between his first and second run and he was competitive for both. On his debut he needed a little time to develop into the race and then found himself in a competitive position leaving the back straight before easing late. He then went to Inchydoney where he was a close up second to Alden. That winner is by Walk IN The Park out of a Presenting mare suggesting this fellow ran into a decent sort. His second run showed admirable progression from his debut suggesting this fellow could well be on the brink of winning days. 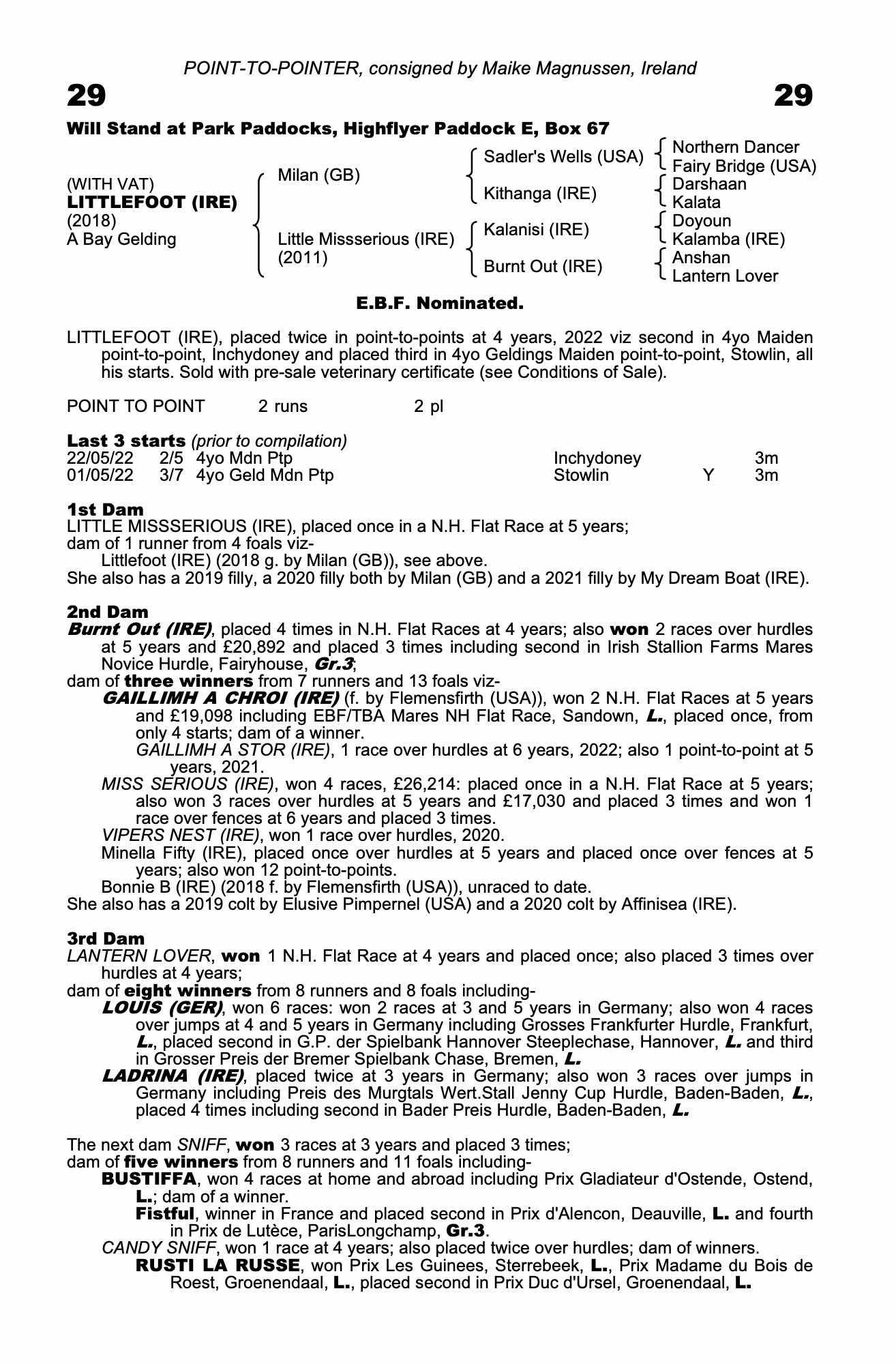