An impressive debut winner of his maiden at Largy in an exceptional time which was ten seconds faster than the average time on the day. He began to stamp his authority on this contest from the second last and within a few strides had put daylight between himself and his rivals and in truth none of them looked in any way likely to get close to this son of Doyen. He is a brother to three winners including the talented Pumped Up Kicks and is out of a sister to the smart Tiger Cry also. A debut effort such as this in such a competitive affair ensures he stands clear as a very sought after lot on this catalogue. 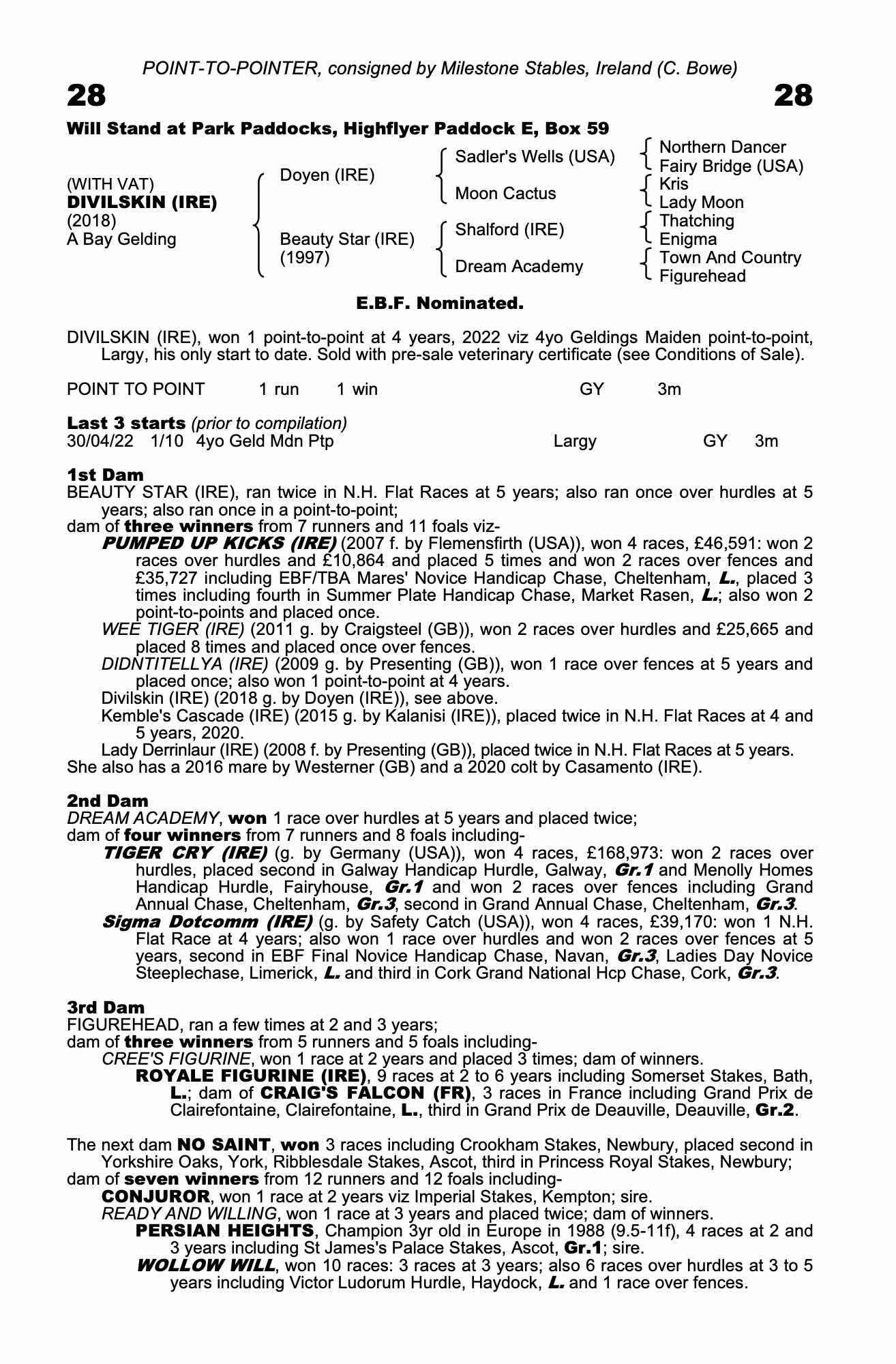