A fine daughter of Westerner who is out of a winner and closely related to a host of winners. She was a decent third on debut to Shecouldbeanything who has since been sold for 68,000. Having benefited from this debut she then went to Broughshane where finishing a close second to A Law Of Her Own. She was a few lengths down at the last but closed the gap to a length at the line which showed her courage as this is a notably stiff finish at the northern venue. This mare is within touching distance of her maiden victory and has the pedigree, scope and class to progress far beyond to enjoy much success throughout her career. 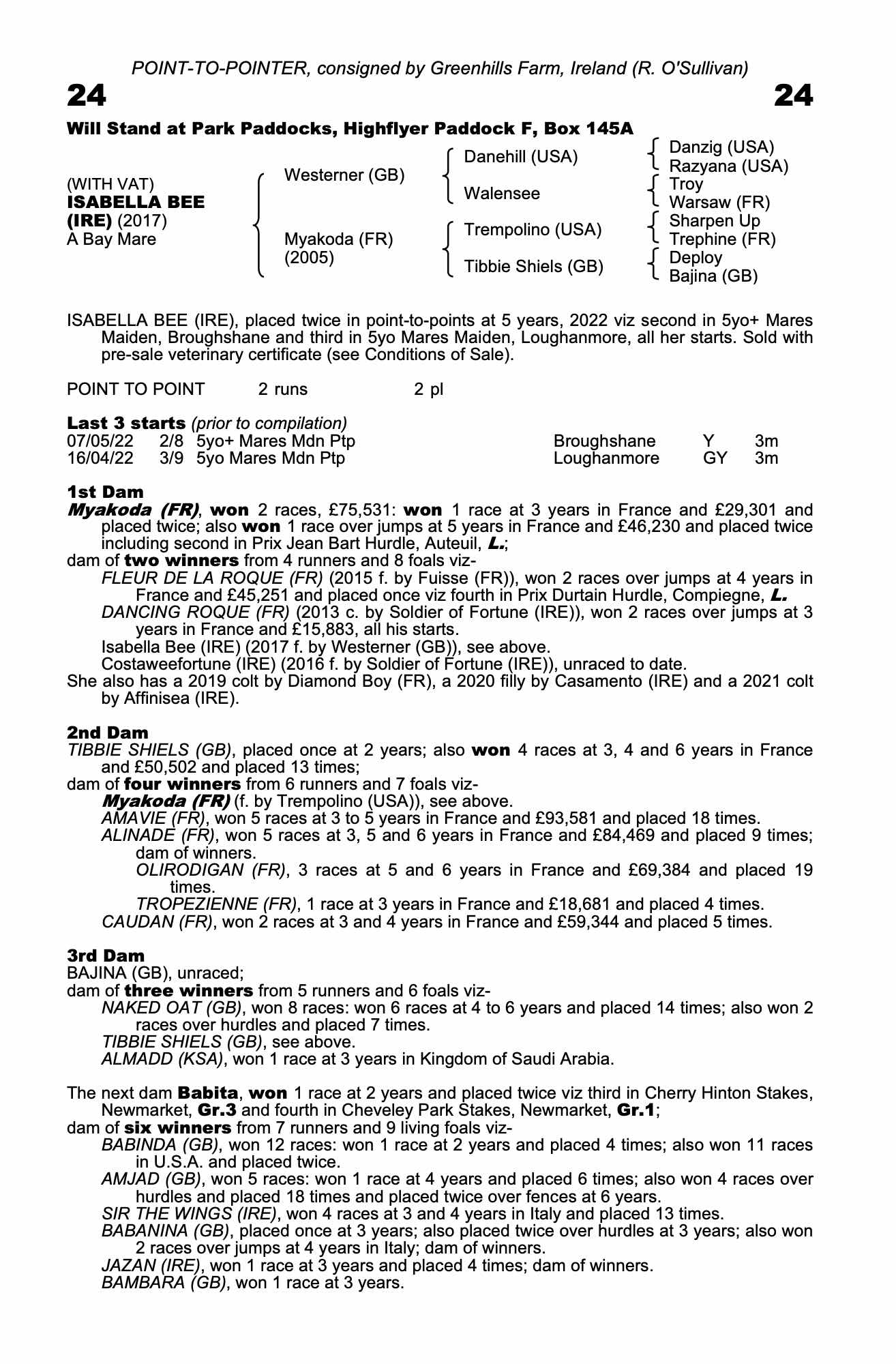