A winning four-year-old daughter of No Risk At All this mare is sure to be much sought after following her recent Ballingarry success. She had been a fine fifth on debut behind the highly regarded Between Waters and followed up on just her second outing to score. A most straightforward type she made all the running when winning and while her lead narrowed at the last she found generously when asked after the last showing she had quite an amount more to give had it been required. She is therefore expected to climb the ranks and make the grade at a very high level. Her dam was a three times winner on the flat suggesting this mare possesses the speed required to compete at a high level also. 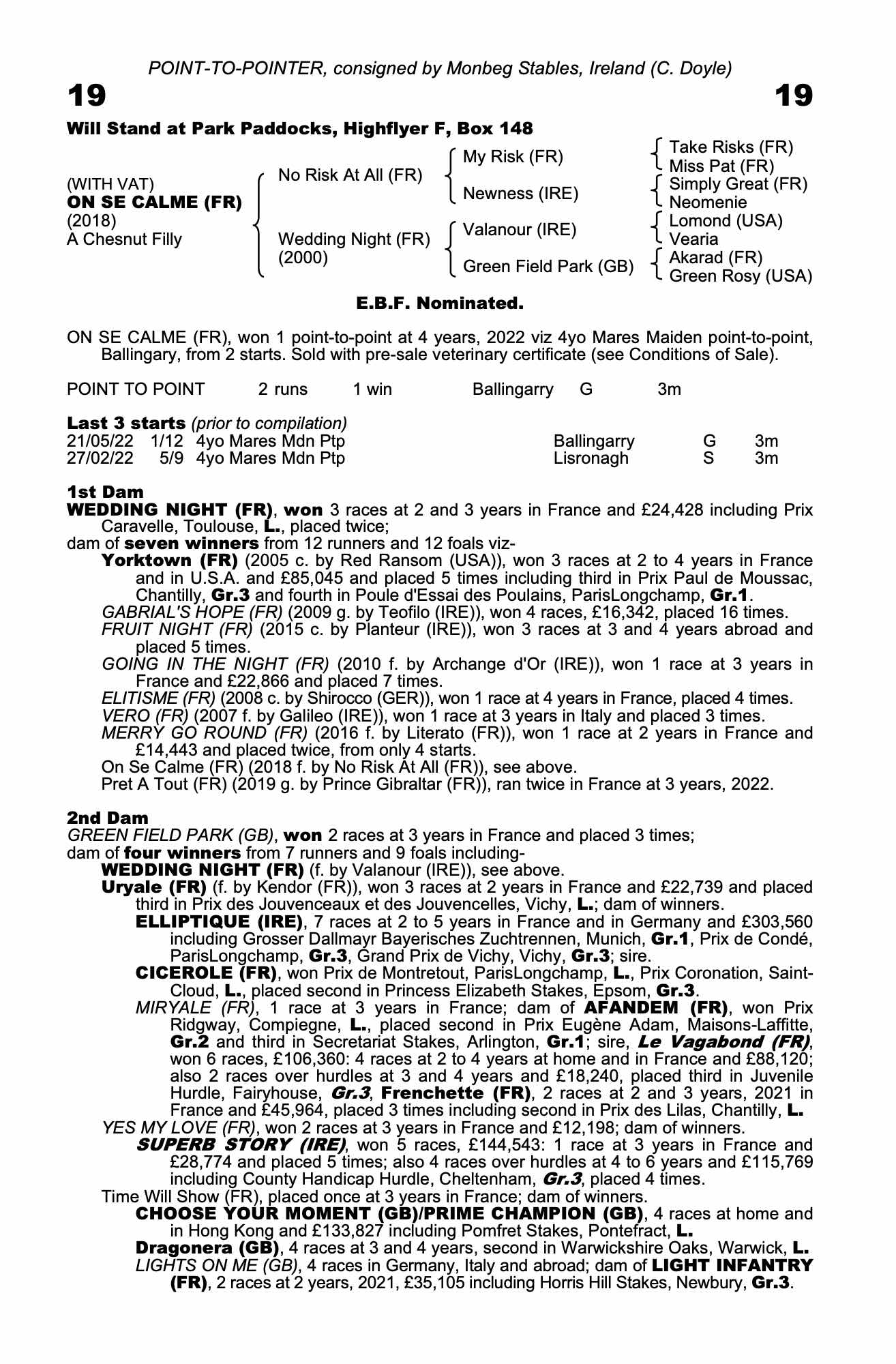