A son of the in-form Jet Away this fellow won his maiden at Largy in a race where the runner up had previously finished second in a maiden to provide depth to this performance. Being from the family of Vics Canvas and Brain Power he can be expected to enjoy class and longevity of career. He should be a tough and consistent sort and his form already appears very much progressive and he has plenty more to offer it would appear. This win was a spring debut for this fellow which further points to more progression. 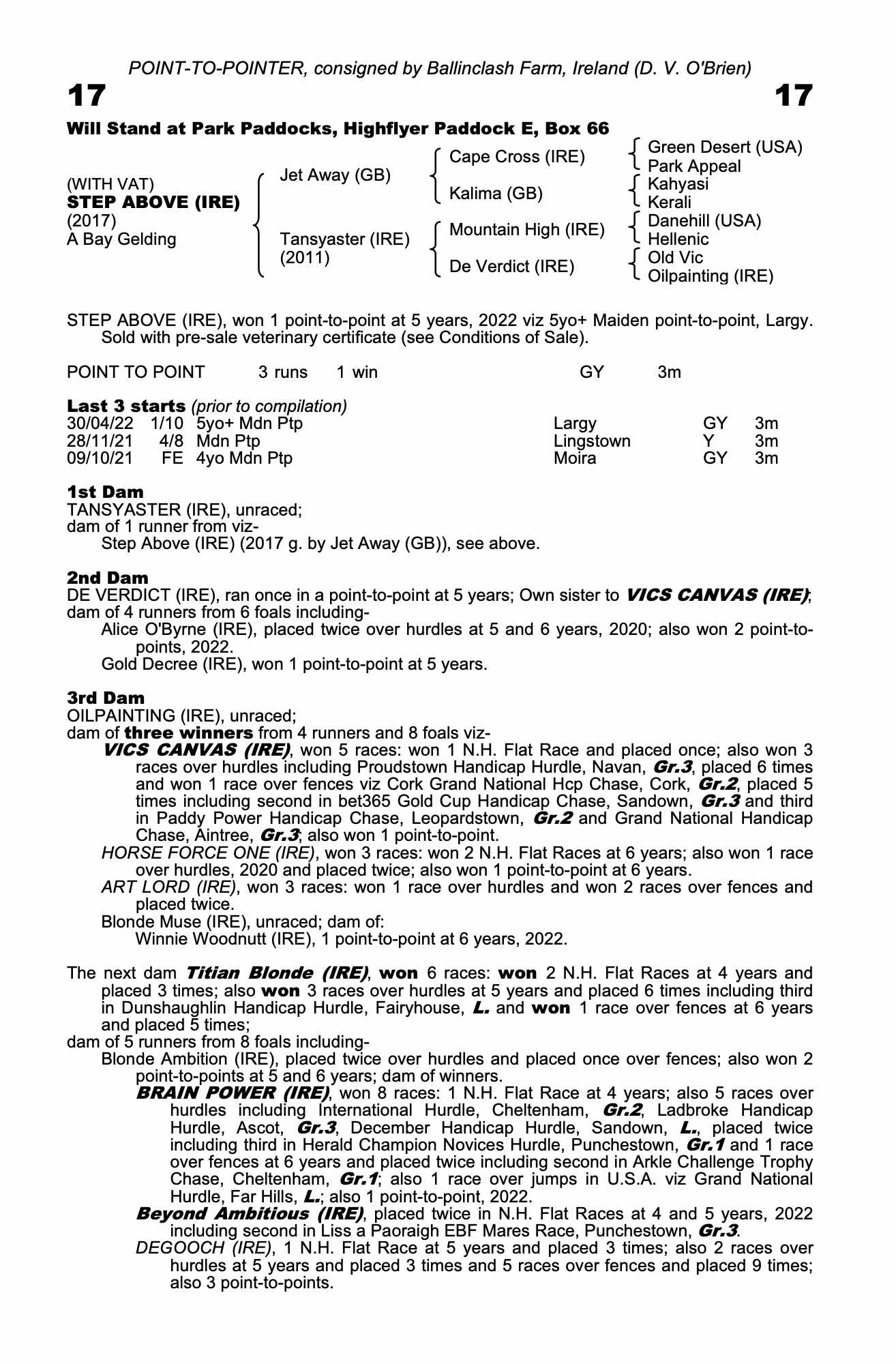