A tough and consistent five-year-old who has on three occasions produced a fine effort beginning on his debut at Ballyraggett behind the highly regarded Private Ryan. He was novice ridden and beaten just six lengths on that occasion which was a notable effort for a debutante. He then contested a fastly run maiden at Tattersalls when finishing third to Sam Magee before winning on his third and final start at Dromahane. He quickened up nicely at the bottom of the straight and showed an excellent attitude to hold off a determined challenge from the runner up in the closing stages. From the family of Marelo and Karello Bay he has taken three runs in a little over a month and shown his ability to produce his best on each and every occasion. He looks a safe bet to provide endless entertainment for new connections. 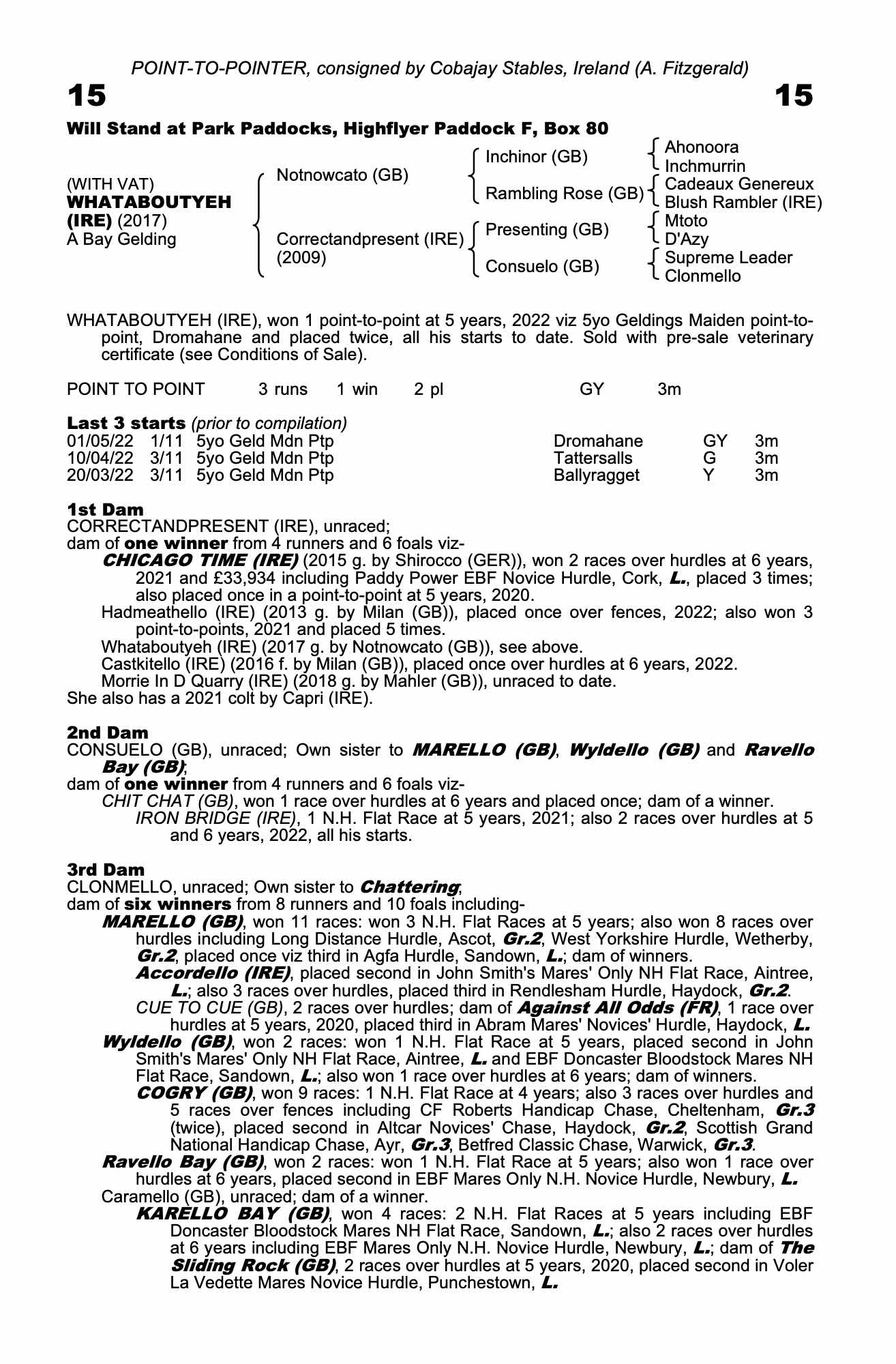